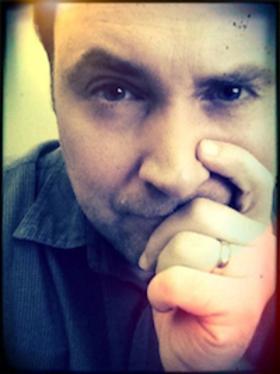 Born and raised in central North Carolina, I grew up in a very artistic / musical family.  My father played with the first touring group of the North Carolina Symphony when he was only 15 years old and spread the love by teaching music at North Carolina School of the Arts, High Point University and Appalachian State. My mother had a natural touch for painting and music and all of the siblings are musically / artistically active.

After attending the North Carolina School of the Arts, I snagged as many production jobs possible starting out as a simple production assistant for various TV movies and theatricals such as The Lesser Evil.  Shortly thereafter I dabbled in the acting community.  After getting on board with an agency, I worked on a few Hallmark movies of the week such as What the Deaf Man Heard , The Lottery and Discovery series such as The New Detectives and Critical Rescue.  I was fortunate enough to meet some great actors during this time like Tom Skerrit, James Earl Jones and Esai Morales to name a few... I'm kidding about Esai, not a big fan.  In addition, I would work as location scout for various commercials and film productions like Mirimax Films, Cold Mountain.

After working on one side or another of the camera I moved into commercial productions and crept into writing / filming short experimentals and documentary style projects including a paranormal documentary called Carolina Ghostlore back in 2001 (before paranormal documentaries really took off...go figure). I always strive to expand my skills / storytelling  capabilities by learning new technology while keeping track of the latest audio / video gear and software.